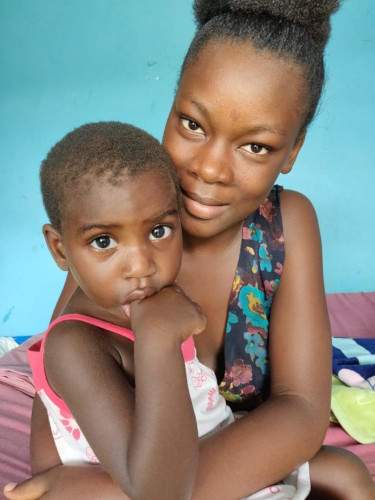 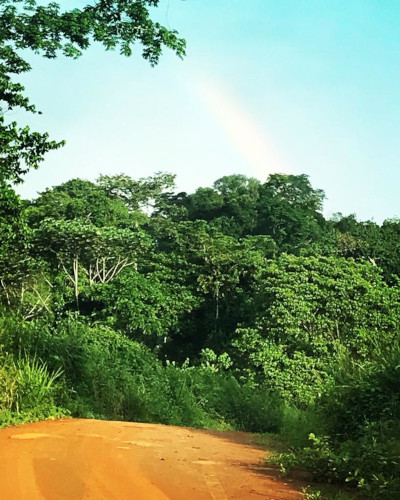 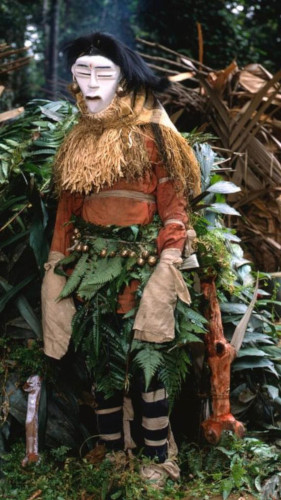 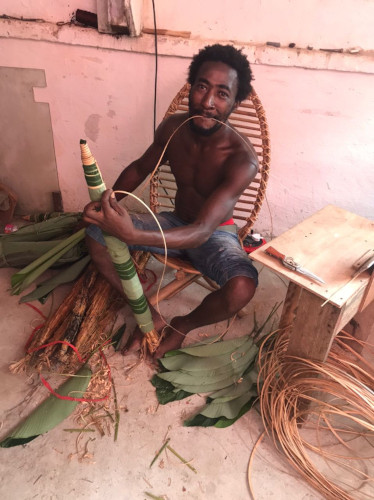 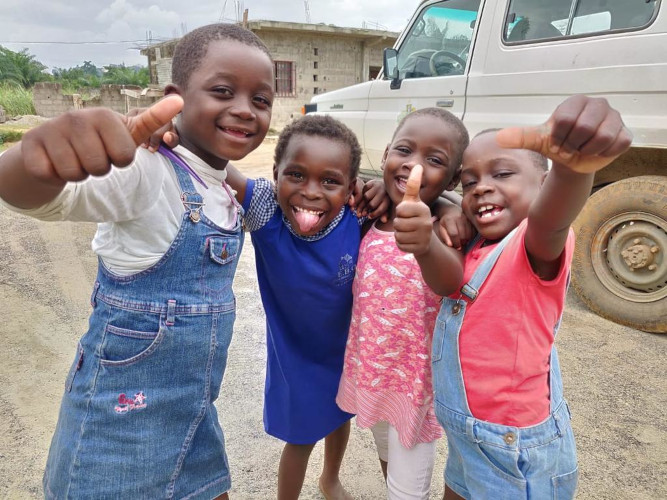 The story of Hugues Obiang Poitevin aka “TataYo”:

How the life of a man born in France came to create an association in Central-West Africa from a call to repay debt and repair what he saw:

And by choice and cheerfulness of heart, I stayed there.

My dear mother Madame Villas is buried here in Gabon who died in 2013, and too my son Noé; loved by all and deceased at only 24 years old.

The last time I left Gabon was in the last century and for just a month, in 1999, to accompany two great traditional musicians from the “Deep Country” of Gabon, one of whom was Yvon Minanga Kassa. We went to two French festivals at the time.

This dear Gabon,… which saw the birth of our 3 children is a sacred and magical land and who’s inhabitants are always hospitable and welcoming in all its provinces.

In short, a warm country where I have now spent two thirds of my life.

Since 1976, my professional life as a truck driver has taken me to meet the traditional cultures of Gabon, cultures that have been damaged and demonized by the influential imported religions.

Three major events happened during my life here, some of them mystical and confidential, I will share what I can of the 1st happening here:

A night breakdown in 1976, in a village near an estuary and the meeting of remarkable people such as Papa André, his brother Evariste and their relatives, which led me to be initiated to their tradition (Fāng) in 1979, after 3 years of taming each others in this milieu so criticized by ignorant people.

This first initiation immediately pushed me to found a first "Association for the Agricultural and Cultural Promotion of the Gabonese village" in 1980 with the late Daniel Odimbossoukou and the late Catherine Oneto.

After this I created rural cooperatives with the late Jean Robert Rengouwa, a very delicate concept that was difficult to birth, despite the total involvement of the above mentioned individuals.

In 1993 and 1994, the initiations of Katy Euillet, mother of our children, and myself to other traditional rites of the Middle Ogoué with Mr. Jean Tsanga (who later became Motamba/ Root of the Earth), allowed us to discover other cultures. This was deeply enriching for our ex-Western spirits, now in love with an Africa that is humanly and naturally so rich and so diverse

In 1996, the newly created "Association of Friends of the Circus of Ecuador" allowed 22 Gabonese artists to have a 2-year renewable contracts in the biggest circus in the world, in the USA: Barnum & Ringling Circus.

All this led us after 2 other fundamental and founding events, to create in 1999 the "EBANDO Cultural Association (Nature + Culture = Future)" which since then has not ceased to help people in difficulty and to reintegrate the traditional ways of the cultures of GABON.

This has led us to be the “Hub” association for the Gabonese part of the String Music Festival which lasted 10 days in 2004 at the French Cultural Center here in Gabon, which later became known as the French Institute. A great success due in large part to the animator Irène Labeyrie and the conductor Toups Bebey.

This year 2022 sees us become an association presided over by an enterprising woman: Audrey Céline Mengue.

We are the carriers and directors of the PISCCA project; a documentary on violence against women (MIVOVA Y'ATO : paroles de femmes) financed in part by the French Embassy in Gabon. This letter is a call for additional funds given the importance and scope of the subject.

I am at your disposal for any further information,

The executive secretary and co-founder of the Ebando Association: